I got a chance to geek out today. Several times in the past as Al and Dex drove us to the beach near Malibu, we passed a state park where we were told that "M*A*S*H" had been filmed. Since I was a huge fan of the show, I really wanted to go there some day. Today I finally got my chance! It was a 5-mile RT hike to the site. Since it was a huge tourist draw for years, they actually had set up an interpretive site. It felt so cool being in a place that I had enjoyed seeing on t.v. so many times over the years.

Map of the set 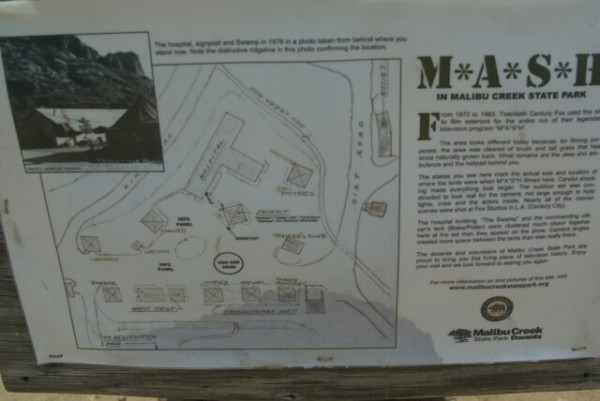 A restored vehicle near the set 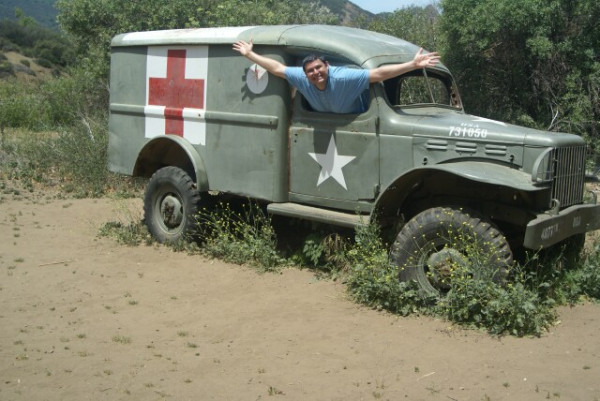 The set taken from the famous helipad. If you remember the history of the show, the entire set burned in a brush fire as they were filming the finale. They then worked the fire angle into the episode. 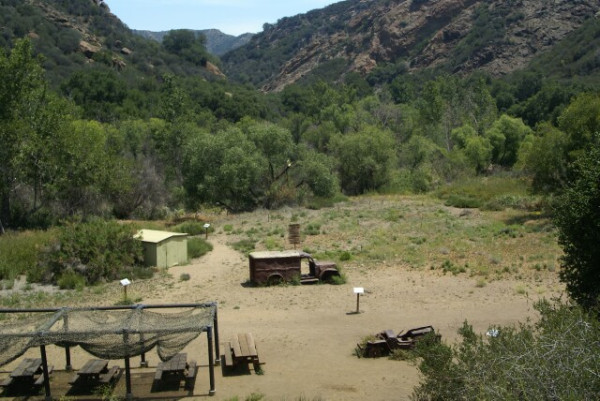