Last night we had one of those great electrical storms which we get about once a year. The storm passed right over the Sandia Mts to the east which meant I had a front row seat looking out of our loft (computer room) window. I watched in awe for several minutes until I realized that I should be attempting to capture the action with my camera. I know it takes a little while to "dial in" the settings to get things just right, but unfortunately the peak action had already passed. I did manage to get one decent shot. 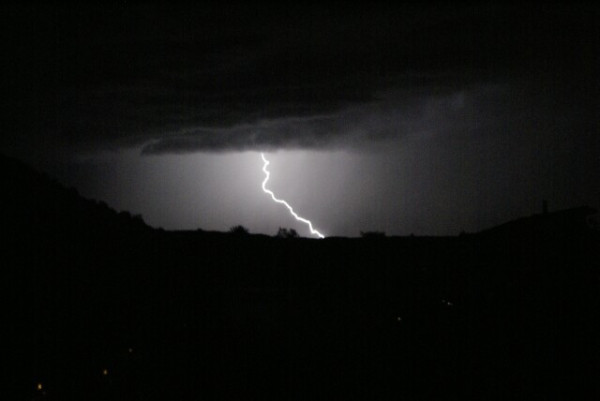 Rain-wise the storm was a bust. I watched it on radar as it closed in on FurCentral. Unfortunately it was all blow and show. Well...that was until just after midnight when it finally started to rain. It then rained for the next several hours. 0.41" according to my gauge. Whoot! Fling Kitty was outside at the time. She was not happy. Well, she was very happy when I opened the door for her just before 1 am.
Collapse