Kitty and I are back at Fur Central. We left Vegas this morning after one last buffet breakfast at the Palace Station, which we all agreed had the best bang for the buck in terms of buffets. We said our goodbyes, and Al and Dex headed west while we headed east.

Yesterday was a fun touristy day. We got a slightly late start and proceeded to the famous "Welcome to Las Vegas" sign after a tasty buffet breakfast. I had visions of fursuiting the sign ( I know. It's already been done), but a full parking lot, dozens of tourists already lined up to get a picture, and temperatures in the mid-90's all conspired against me. Had it been Winter and had there been a parking spot, you better believe that Nevada would have been out there! We then opted for Plan B which was to go to the top of the Stratosphere Tower. I'm not sure why I never bothered in the past, but it was something I had always wanted to do. So we went to the top and had a great time. No, we didn't do any of the thrill rides up there.

After that Kitty and I dropped Al and Dex off at the hotel and proceeded to the premium outlet mall to look for wedding rings. The mall is a temple to consumerism. OMG! The place was packed with people especially foreign tourists. There was a line of taxis at the front as well as numerous tour buses. We each found a ring that suited our tastes, so I bought them. It was then back to the hotel for a little chillin' before dinner. We decided to hit the Main Street Station Casino near Fremont St. Once again the off-Strip buffets proved far superior and cheaper. We then hit Fremont St to enjoy old Vegas. It really has become the party spot. There was lots of loud music and partying as well as lame costumed characters schleping for money. Even though it's largely an open-air venue, the cigarette smoke was probably worse than at any of the modern casinos. My hat's off to modern HVAC technology. Since we had re-entry privileges to the Stratosphere, we decided to head back and see the city at night. The line was a little bit insane, but we figured it was no worse than the Empire State Building. After that it was time to head back to the hotel to crash. And thus concludes the great Las Vegas adventure of 2014!

The Strip at night from the top of the Stratosphere 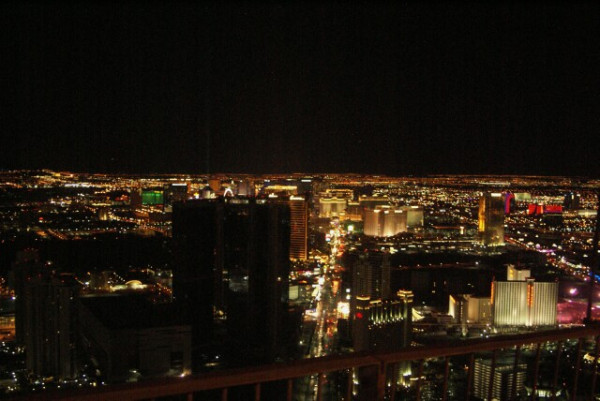 The Fremont St Experience doing a tribute to Heart. 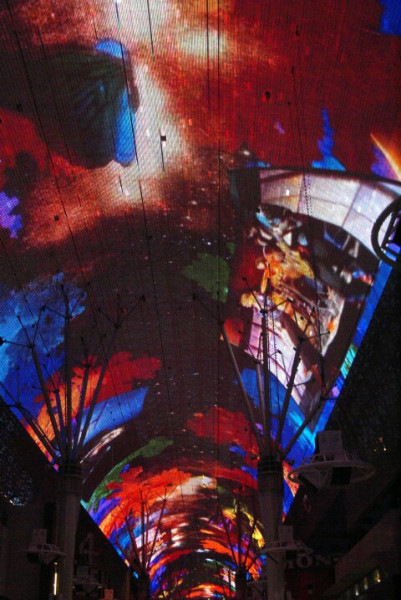 And this pic sums up the week. Good times...great friends! 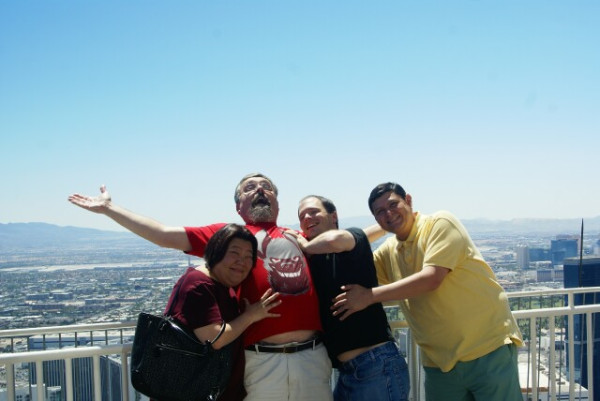