And what a full day it was!
The day began with the hotel's complimentary breakfast which contained anything and everything you could want for breakfast. We then headed off to the Iolani Palace for our first touristy thing. It was both a good thing and a bad thing going on a Sunday. The good thing was that traffic was light and parking a breeze. The bad thing was they didn't offer tours on Sunday. *shrugs* We still had a nice walk around the grounds as well as the capitol. I noticed an interesting phenomenon while we were walking around. A sudden rain shower popped up. We ducked into the capitol atrium for shelter. Many of the locals did the same. Everyone just hung around for about 5 minutes. The rain stopped, and just as suddenly life went right back to normal. It was as if life just took a little break because everyone knew the shower would pass quickly. There were no mad dashes.

I then suggested we head for the hills to look for an overlook I had heard about with spectacular views of the city. The bad news was that I couldn't seem to find it on a map. I did find a loop road that lead upwards, so we took it. Poor Kitty was driving and had to navigate around numerous 10 MPH hairpin turns. As luck would have it we WERE on the right road and found the overlook. It was spectacular.

It was then time to check out another spectacular overlook of the east side of the island. The view was nice but Kitty didn't get to see it because state scam artists were demanding that we pay for parking even though we had to park well away on the road due to there being no spaces. They had no intention of having people towed but were using it as a threat to everyone who tried to go to the viewpoint.

We wound our way down to the east side of the island and decided to stop at McDonalds. Yes. Seriously. McDs is good for 2 things, bathrooms and cheap soda. It was there we discovered a local offering. Instead of hot apple pie they had something like a coconut cream pie. OMG Yum!

It was then a short jump across the street to a large multi-denominational cemetery that contained a Buddhist shrine that Kitty had wanted to see. It was a lovely spot! We walked around and calmed our minds. We needed it for the drive back which put us in a massive traffic jam as 6 lanes of traffic were
reduced to 3. It was still early so we decided to check out Costco. We were in search of local offerings and we were not disappointed! There was an entire row of macadamia nut products. There was a huge rack of Hawaiian shirts. There was a whole refrigerator devoted to Asian specialties. We also found moonshine from a local micro-distillery, and best of all, I finally got to taste poke'. I had heard so much about it that I couldn't wait to try it. I call it a cross between ceviche and sashimi. It's raw marinated ahi tuna. *drools* I got my first taste and immediately bought some to take back to the hotel.

The evening concluded with a dinner at a hotel down the street that had a reputation as one of the best spots in Honolulu. We met up with my cousin who had moved here from LA several years ago. Kitty and her had become Facebook friends over a year ago. We had all met at her parents place a couple of years ago when we were visiting Al and Dex who live about 3 miles away. Small world.

nexrad had commented a few posts back that I should splurge on a good meal. Mission accomplished. Yes, it was very high-end and the portions were small. But it was worth it when you are outside, a few hundred feet from the ocean, with a lovely view of Diamond Head, a band playing, and you're with your best friends in the world. As they say, it just don't get better than this. Here. Have some pics.
Buddhist shrine 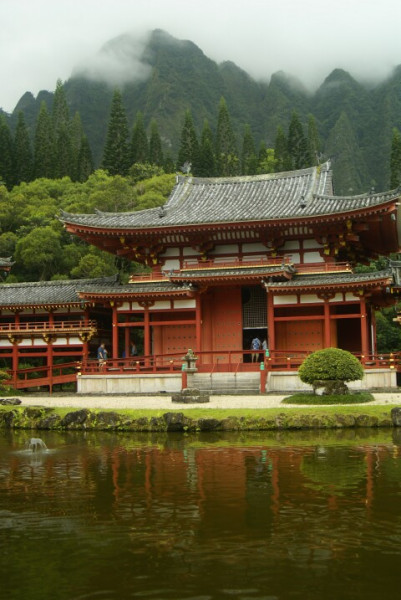 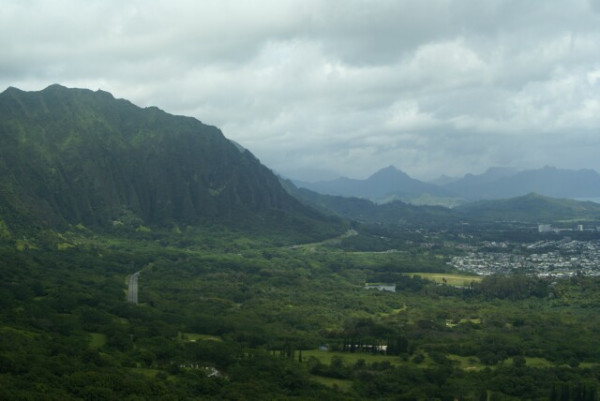 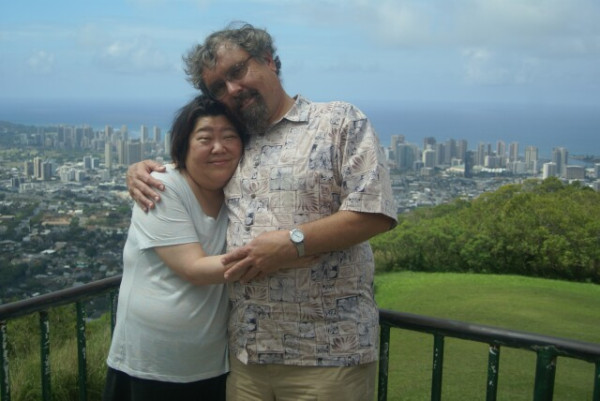 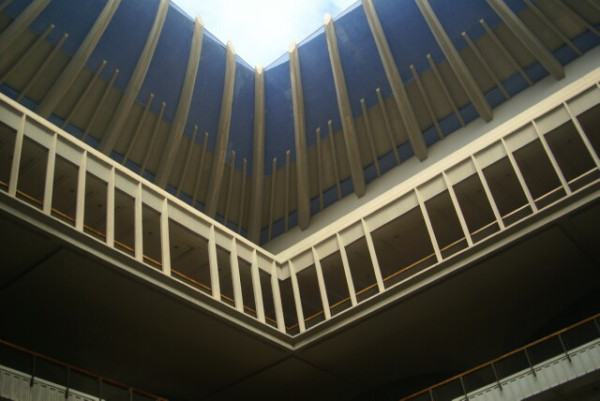 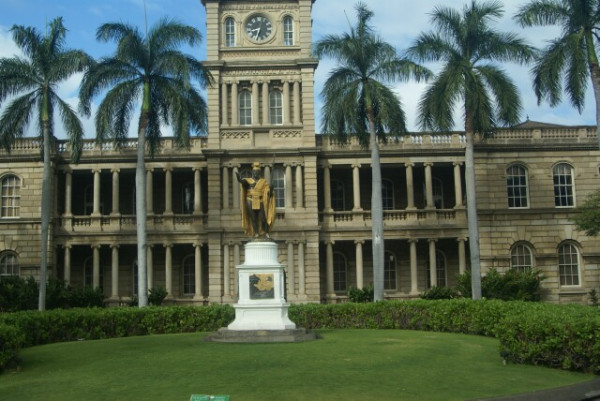