I'm typing this from our condo on the Big Island. It certainly has been a busy few days. The day we were scheduled to leave Honolulu we decided to hike to the top of Diamond Head. It was an excellent morning work out to get to the top. We checked out of our hotel and headed to the airport. It was a quick hop over to The Big Island where we got our car and checked out our new digs. Our condo balcony overlooked the Pacific. Oh hells yeah! It was then off to Costco to get supplies. Before we knew it, it was already time for dinner, so I cooked up some steaks and we enjoyed sunset from the balcony. Much alcohol goodness was consumed.

The next morning there was a breakfast meeting where we were tempted by various tour offerings. We opted for a snorkeling adventure the next morning. One of the "hard sells" was a van tour to Kilauea. We opted to hop into our rental and do the tour ourselves that day. I was a little leery in doing so because we would be getting such a late start, but on the other paw the whole purpose was to see glowing lava after sunset. So off we went. The first stop was the southernmost point in the U.S. Since it was a superlative, I HAD to fursuit the point as Squawky Parrot. *lol* There were a few locals selling crafts there and they had a great time interacting with him. We then continued on to the black sand beach. After a quick stop we continued on to Hawaii Volcanoes National Park. We made an initial visit to the crater where the lava levels hadn't been this high in decades. In fact the lava had spilled out of the inner crater just the day before. We spent the rest of the day touring the park. I was a bit miffed that the "roads end" trail had been closed because they are attempting to re-open it is as an escape route for people living in the SE corner of the island. We made our way back to the crater overlook and was met by a traffic jam of people just like us wanting to see the lava at night. We eventually found a spot but had to walk the last half mile or so. It was one of those "totally worth it" moments. My inner geo-bear spooed in my shorts a little as I gazed out over a glowing lake of lava which looked so innocuous during the daytime. The viewpoint was packed to the gills with folks enjoying the spectacle. We hung out for awhile and then headed out knowing we had at least a 2 hour drive back home. It was exhausting.

Today we got up early and walked down the road to the docks where we met our tour to the coral reef down the coast. I have snorkeled Australia and Belize so I kinda knew what to expect. Al, Dex and Scritch had not done it before so it would be interesting to see their response. Yeah. I'd say they enjoyed it. I had a great time as well, but at our first spot I spent way too much time in the deeper water and not enough time in the shallows where most of the fish were hanging out. I changed that at the second location where I had many encounters with beautifully colored fish. I made a beeline for the boat, however, when I saw a very large fish and realized it was a small reef shark. Another highlight of the trip was an encounter with some spinner dolphins who wanted to check out all of the paddleboards and boats in the area. One paddleboarder had his small dog with him, and the dog spent a long time furiously swimming after the dolphins. The dolphins took it all in stride and seemed to play with the pooch.
And with all that said and done...PICS!

View of Honolulu from the top of Diamond Head 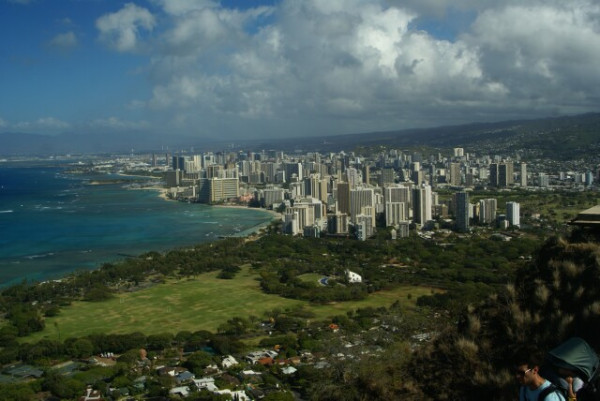 The most southern fursuiter in the U.S.! 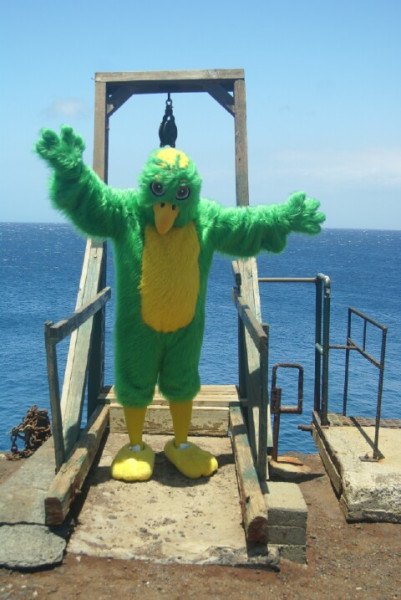 Behold! The power of Pele! 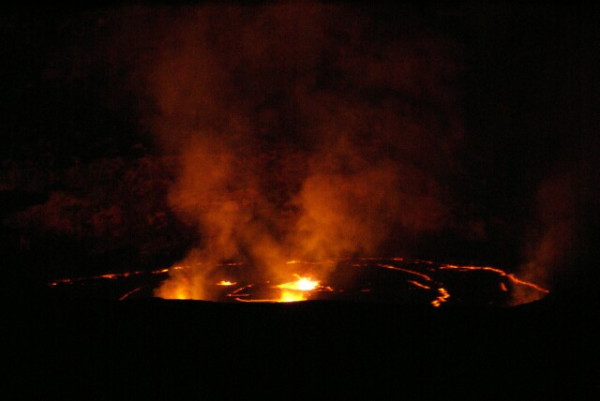 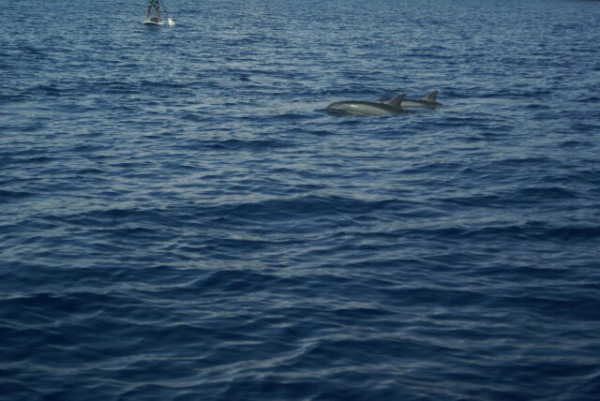 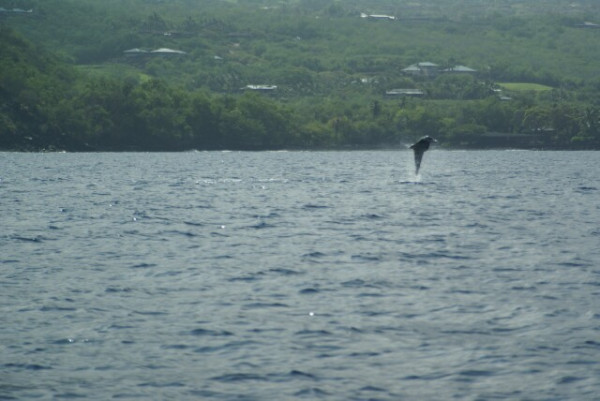 It was like swimming in a giant fish tank 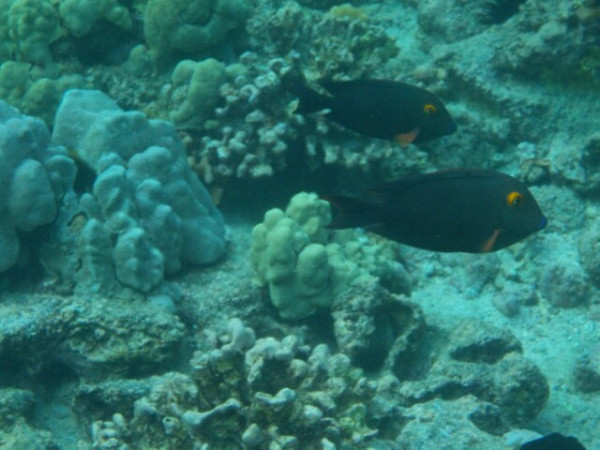