Yesterday's little excursion took us on a loop of the eastern half of Maui. The road is notorious for being extremely twisty and turny but I had no idea it would be so awful. There were many one-lane sections, especially bridges, and it was packed with tourists. Many people find little streams that cross the road and stop to swim in the many plunge pools. There are many beautiful waterfalls along the way, but unfortunately there is almost no place to park. The few places that had some parking were usually jammed full. Most tourists stop at the Seven Pools area which is run by the Park Service. The road beyond which loops around the southern part of the island is known to be even worse than the road before. Thankfully this was not the case. There were much fewer cars and the unpaved sections weren't all that bad. There was one white-knuckle section where there was a vertical cliff on the right and a vertical drop of about 20' into the ocean on the left, and the road was wide enough for one car. Here is the Google Street View of the section. It was a long day of driving but we saw a lot of the island. We got a chuckle at Target were we found an entire aisle devoted to cases of numerous flavors of Spam. Dinner was homemade burgers on the grill. 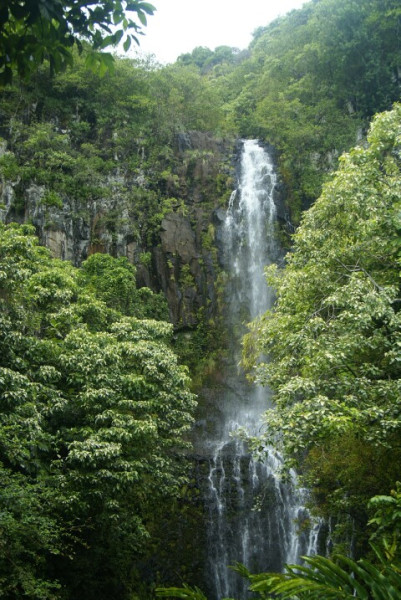 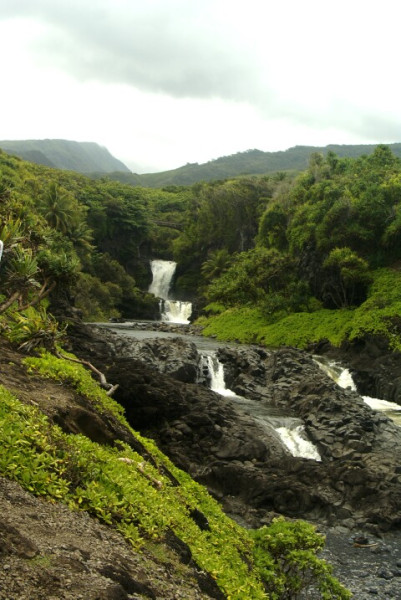 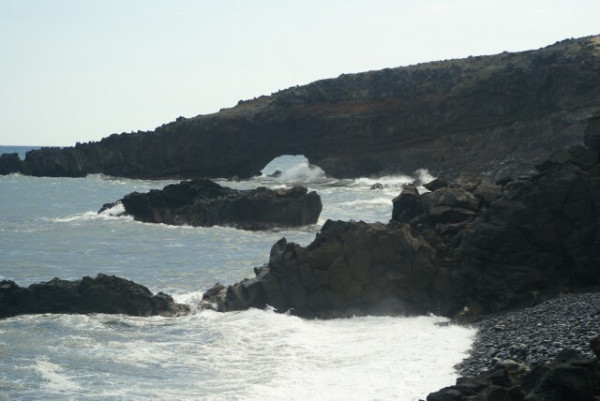