Yesterday was an open day on the calender. We hadn't done nearly as much water-related activities as we had hoped, so it was suggested we do another day of snorkeling. There's a small volcanic island located just offshore that supposedly had good snorkeling, so the tour was booked and off we went. It was a MUCH larger boat than our oversized zodiac on The Big Island, but the staff was very professional and got everyone who wanted to safely into the water. The island's sides are very steep, so there is not a lot of shallow water to explore. There was a good deal of chop as well, so you would find yourself being flung toward the rocks only to be flung back out just as violently. On our first trip there were 5 of us. Here there were at least 50 and that didn't include other tour boats. To further put a damper on things, clouds came out and washed out most of the colors. I hopped back on the boat for a breather after less than an hour, feeling less than happy.

I noticed that Scritch was still out there happily floating around. I also noted that most of the people were returning to the boat for lunch. We were told we would have at least another hour here, so I decided to head back in. Good move! Not too long after I got back in, the sun came back out. I was able to swim all over without bumping into people. I had a great time following a moray eel around as it ducked into and out of the coral. At one point I heard "Woooooooop!" faintly off in the distance. I popped my head up thinking it was some sort of signal to head back in. Nope. Hmmmm. It was a weird sound. Back on the boat I later heard that a humpback whale was spotted not too far away. Had I heard whale song?!? Cool! I was having such a great time, especially since my mask finally fit perfectly, I forgot about the time. No one called me in because there was still time, but I found out I was the last one to return. I certainly got my money's worth!

I also finally got my underwater camera to work properly. At the last spot it decided to not recognize the SD card and told me I had 5 pictures left instead of 4000. So I shot pics like a drunken fool. Here are some of the better ones. 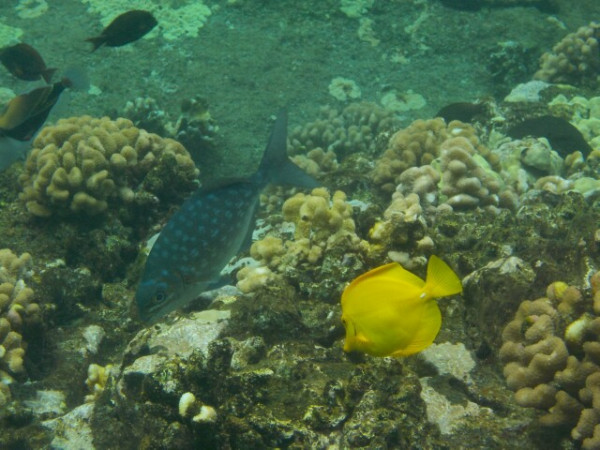 I loved these guys! I even called them "photobomb fish" because they loved to swim right in front of the camera. 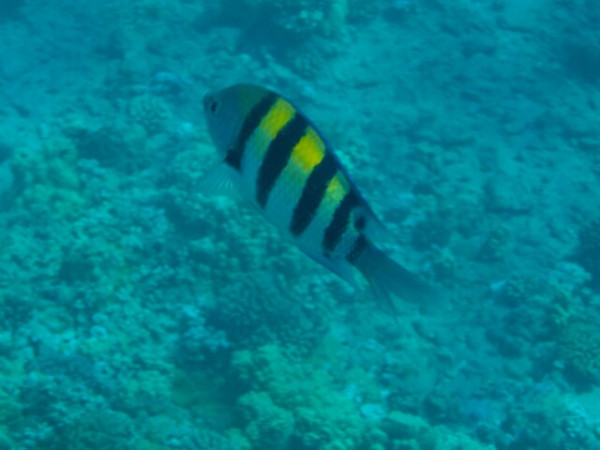 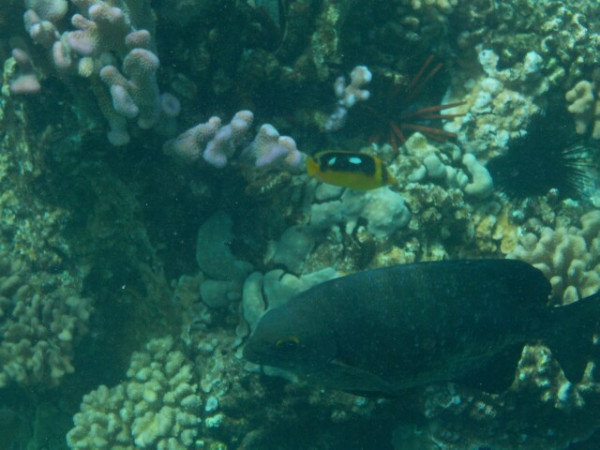 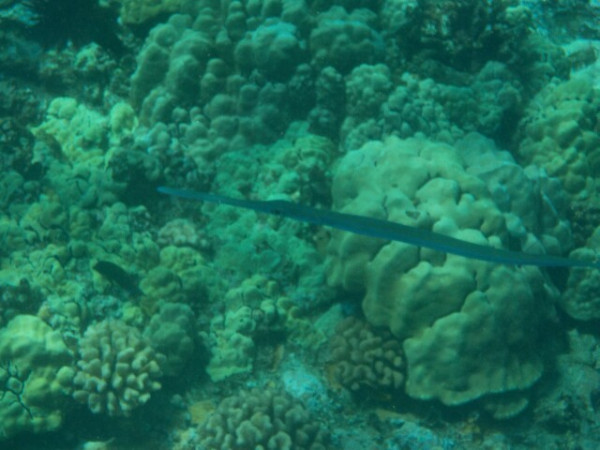 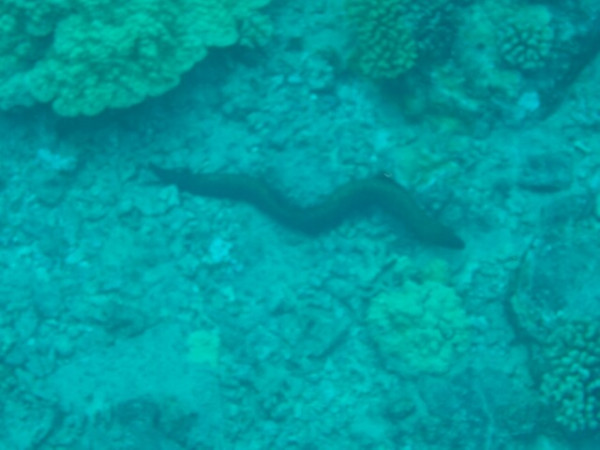