Today was the annual Pride Parade in ABQ. The furries hadn't marched in the parade since 2008 but this year we decided to try again. I think the main reason why we have been away for 7 years has been because the Pride weekend has either been the same weekend as Albu-FUR-que or it has been the weekend after when temps are usually in the 90's. There was support from the community to do it this year so we went ahead and entered. Good move! It has been unseasonably cool this year so temps were "only" in the 80's. There was rain last night, but the clouds burned off and we were subjected to full, bright, high desert sun. I loaned Zunipup to a local who wanted to suit which brought the suiter participation number to 6. The response from the crowd was just as enthusiastic as it was 7 years ago. Bottom line...teh gheys lurv teh furrehs! I spent most of the parade in the back of the pick-up that acted as our "float." The rest of the group braved the 2+ mile parade route. It was 6 of one, half-dozen of another. While I didn't get the hugs (or molestation) that the rest of the suiters received, I was noticing all of the cameras that were constantly pointed in my direction. I did hike some of the route and got many hugs, but our group really slowed down the entire pace of the parade because we were constantly mobbed by folks. I didn't want us to piss off the parade organizers for slowing things down so much, so I mostly stayed with the vehicle. One of the big changes from 5 years ago was also the increased embracing of the furry community. It's the general theme of Pride to be accepting of "fringe" communities, but this year there seemed to be even more acceptance. As I mentioned, we were constantly mobbed for pics and hugs. There also seemed to be more knowledge of the whole subculture so that chants of "Yay! Furries!" were even more prevalent than 5 years ago. Fine with me!
And now...PICS! 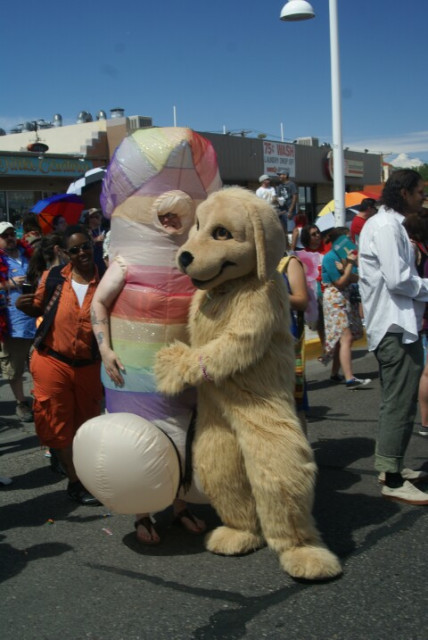 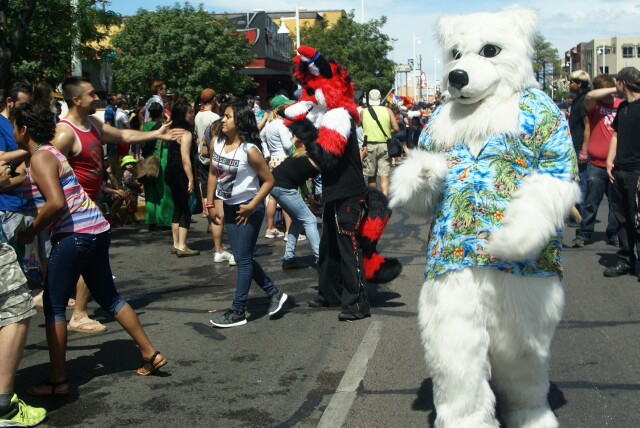 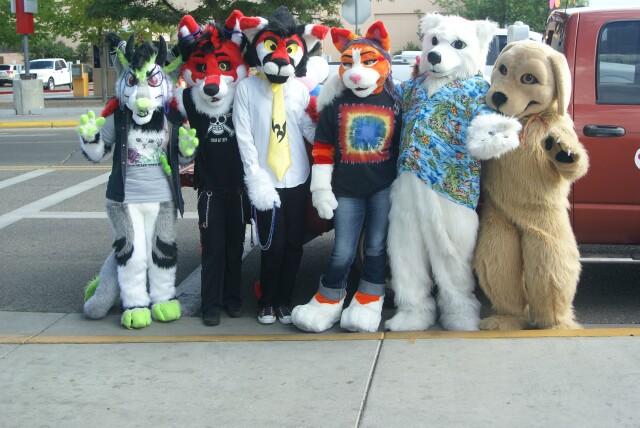