Since I'm typing this from Colorado, the subject could either refer (pun intended!) to consumption of legal medicinal herbs or to being at a high elevation. The answer is the latter. There are few places on the earth where you can fursuit at an elevation greater than 14,000'. Mt Evans is one of them. The road leading to the summit is the highest road in the U.S. I must admit that

scritchwuff and I were not the first to do this.

gilmorelion did it several years ago. If you know of anyone else who has done it, let me know. If you want to beat this record, you can hike to the true summit which is probably 100' higher. Be prepared to huff and puff, however, because the air is VERY thin at this altitude. It felt like I had had a couple of bourbons. The road up to the summit is also pretty spectacular. If

dexter_fox had been in the vehicle, he would have been saying "Holy sugar!" numerous times. So now it comes down to "pics or it didn't happen." Here ya go! 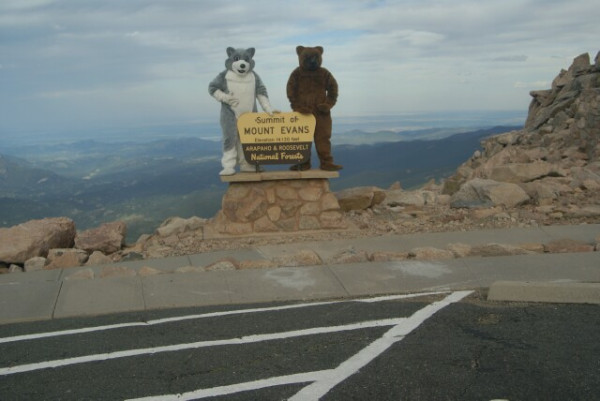