Yesterday Kitty and I attended our local sci-fi con. We missed out last year because we were feeling pretty "meh" about it. The year before we actually got a room at the hotel and threw a furry party. It got a cool reception unlike the year before. I heard comments like, "Ewww! Furries! Avoid that room!" Yeah. Fuck you. The con is very much sci-fi literature focused. This has a limited interest to me. I have read many of the "classics" but I really don't follow the genre. I have, however, become quite the "Thronie" and this is a con that George R R Martin always attends since he is a local (Santa Fe). I have to admit I enjoyed attending his panel where he read excerpts from his 6th book which everyone has been waiting for for years! Even HBO is getting pissed at him because the show has now caught up to his last book.

The furry presence at the con continues to grow. There were 6 suiters out at one point and the reception seemed to be a little warmer. I did hear some snark as I was hugging the little daughter of one of the locals. I heard, "Watch out for the furries, little girl!" Yeah. Once again, fuck you. Other than that it was a nice time. 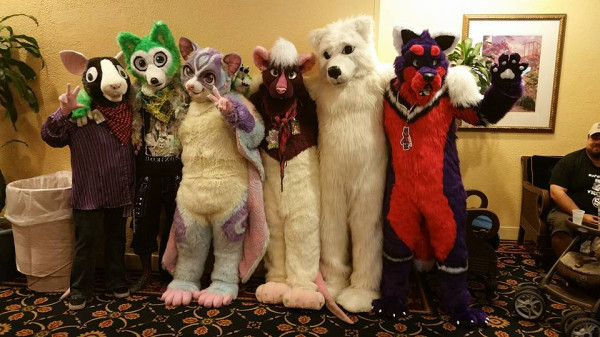 I know I'm violating one of the rules of suiting, but it gets waived when the parents are also furs 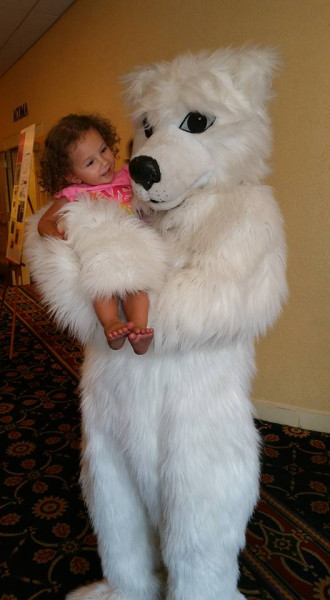