It might have been bad in the eastern half of the state, but here in ABQ we only received about 3". It started yesterday afternoon, and most of the accumulation happened before midnight. The waves of snow then shifted to the east where winds up to 80 mph blew the snow into massive drifts. This morning the NM Roads website showed that pretty much every highway on the eastern side of the state was closed. I got out early and swept off the driveway. The sun came out for a brief period and now the driveway is mostly clear and dry. So unless they close the office tomorrow, I'll probably make the pilgrimage to work. With no one else in the office, it will be like a little vacation anyway. 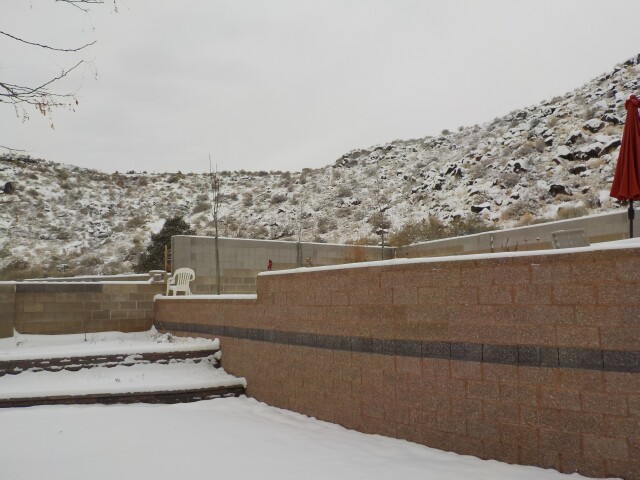