A bit of 80's music nostalgia. On Monday we didn't' do much of anything. The weather was crappy and it felt nice just to chill. The only exciting thing was a Costco run. On Tuesday the weather was a little better, but we were unsure. We decided to risk it and head downtown. You see the last time Kitty and I were in LA, I discovered that there was an actual downtown. I had always assumed that there were a bunch of skyscrapers in a small area, but that was about it. In driving around I saw an old downtown that looked run down, but there could be cool things there. I wanted to explore! So with the help of

albear we hopped on the subway in search of Old Skool LA. And we found it! Broadway was the heart of old LA. I was blown away by the architecture! Most is rundown and very ghetto, but the potential is there for a massive urban renewal project. Dex told me that the Renaissance has already begun and I predict that many of the vacant blighted buildings that we saw will be million-dollar condos in about 10 years. My other theory was that LA is a little behind the great urban revolution because it is one of America's new cities. Whereas New York and Chicago have already undergone a dramatic renovation, LA is just a little behind the times.

I insisted that we eat at Clifton's Cafeteria which I saw featured on a news show. It's an Old Skool place that just underwent a renovation. Unfortunately the food was mediocre and the service was lacking. Oh well. We tried. We then wandered around a bit more and ended up at the library. It was a very impressive building on the inside. I messed around in the genealogical section a bit and then we were off for more adventure. Unfortunately the weather decided to turn extremely crappy so we bailed for the subway home. Overall it was a lot of fun! I would definitely do it again and try to find more hidden treasures.


In reading the "Bosch" detective books, he mentions sitting in a parking lot staring up at a giant mural of Anthony Quinn. Found it! 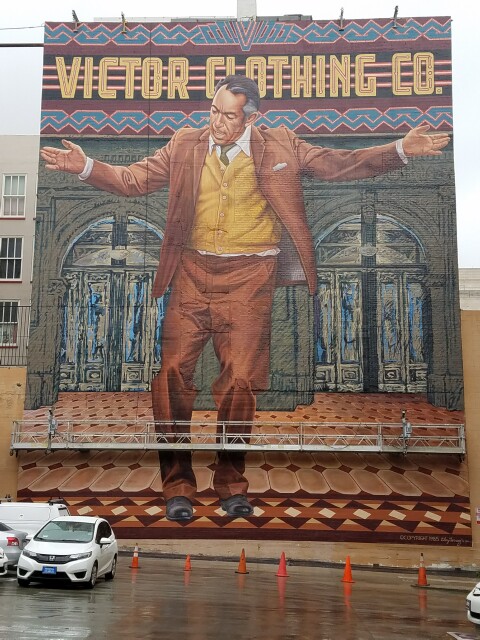 Al took me to the Bradbury Building which is a living museum. Supposedly parts of "Blad Runner" were filmed here. 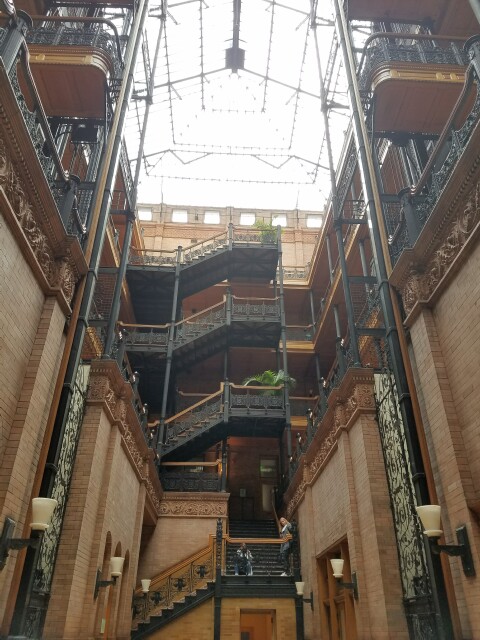 The old LA Theater. Hopefully it will once again be hosting events in the future. Look at the details! 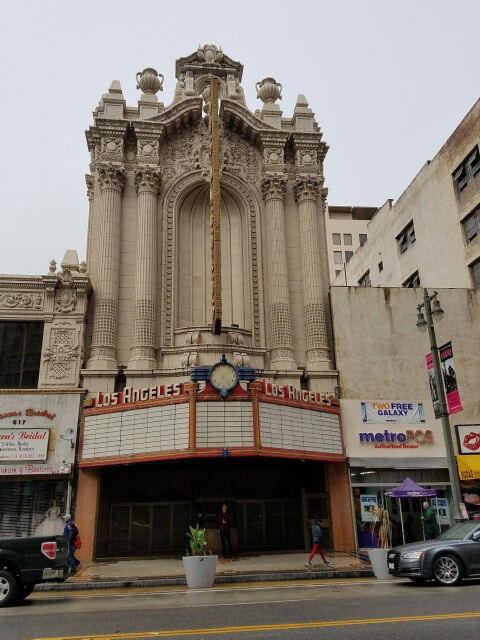 The inside atrium of the LA Library. It even goes 4 stories underground. 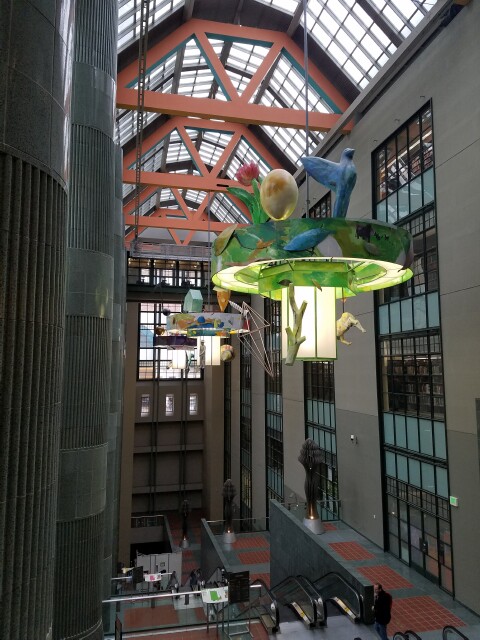 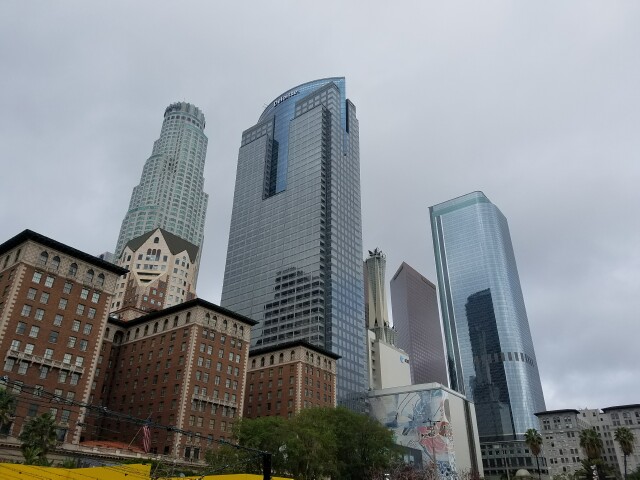