Today was a lesson in "compare and contrast." It started with breakfast. I hit up the Black Bear Diner. I thought I had seen another one in Gilroy CA on the way to FC. It turns out it is a chain of about 100 restaurants all around the West. I had an incredibly filling and tasty meal for about $14. Compare that to yesterday where I had a pretty mediocre steak breakfast for $11. There was definitely more than $3 in value of what I got today as to what I got yesterday.

It was then off to the Nevada State Railway Museum in Carson City. It is a very nice modern facility which was very well curated. It told the story of all railroads within the state. Compare this to the RR museum I went to a few days ago. It told the story of a single railroad, and it wasn't well curated at all. There was equipment all over the place in various states of disrepair. Compare that to the Nevada Museum with only a few big pieces of equipment on display which were meticulously maintained. On the other paw you could only climb into a few pieces as opposed to the other museum which allowed you to climb on most everything. Very different styles of museums to be sure!

I finished this morning by a drive to Virginia City. It is an old mining town that sits on one of the richest ore deposits discovered in the US. It's probably why Carson City is the state capital since most of the state's wealth came from the mines in the area. There are still big Victorian homes there are well as churches and other historical buildings. I should have stopped and walked around some, but there were tourists everywhere. It might be a good place to fursuit. I thought of 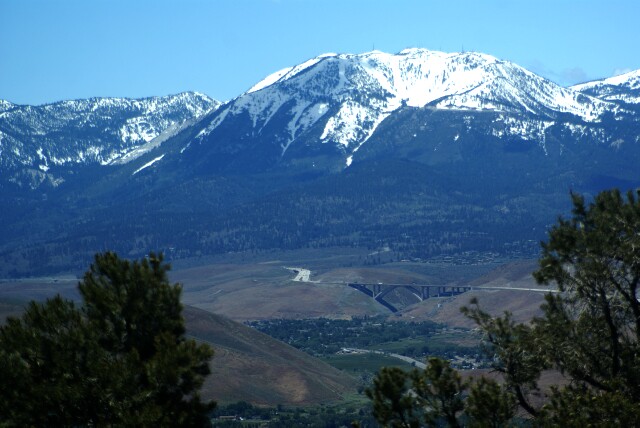