I was lamenting the fact to Kitty the other day that I felt as if I was retreating back to being a loner homebody. I really have no desire to go out and be social except very rarely. I seem to be taking pleasure in the fact that I'm being anti-social. But then I started thinking about friends I know and realized that I'm really no different from everybody else. And it's not like I'm shunning all social events. We hosted AlbuFURque a few weeks ago as well as a nice 4th of July party last week. We do have a couple of major trips in the next couple of months as well. So maybe it was just me being a whiny emo bear. It's just that Kitty has a couple of friends that she can go out and do things with while I don't seem to have any close friends who just call up and say "Hey! Let's go grab a beer!" On the other paw my Jewish side would say, "Why go out for a beer? Let's just buy a 6-pack and sit on the patio. It's cheaper!" So to make myself feel a little better I decided to pull the trigger on a couple of things that would get us out and about more. I bought season tickets to all of the Broadway shows that will be coming to town over the next year. So we will be seeing 9 different performances including "Book of Mormon" and "Wicked." The other thing we have been kicking around was to once again become members of the Zoo. So yesterday we bought an upgraded membership which will give us and 3 friends unlimited visits to the zoo, aquarium, and botanical gardens. I hope that will inspire us to get out and enjoy what the city has to offer. We did wander around the zoo a bit after purchasing our memberships and were rewarded with this: 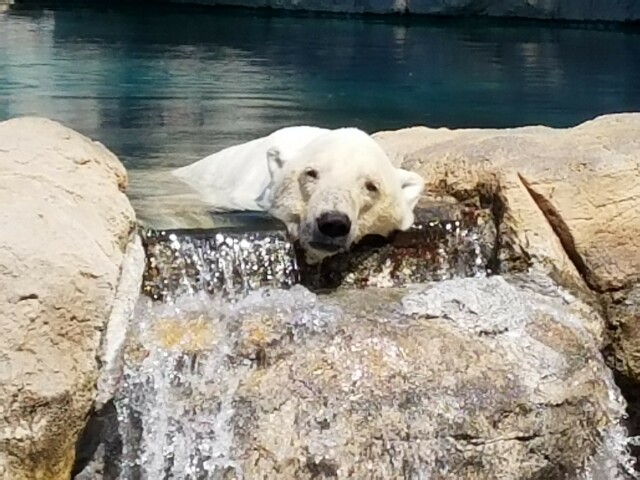