Today was supposed to be a really relaxed day. All we had on our plate was a trip to Badlands National Park which was only about an hour to the east. It ended up being another full day. We left about 9am and made a stop in Wall SD, home of the famous Wall Drug. I told Kitty the story about how Wall Drug became famous by advertising all over the place in the 50's and 60's, making it a tourist trap destination for all heading to Yellowstone down I-90. They used to plaster all of the cars that stopped with "Wall Drug" bumper stickers which furthered the advertising blitz. It's still a tourist trap, but that "golden age of travel" is largely a thing of the past. It was then on to Badlands National Park. I have visited the park 3 times since 1981 so I was familiar with the overlooks and geology. What had changed was that in 1987 when I had last visited the park, there was an ICBM missile silo near the west entrance to the park. I drove right into the site as it is now abandoned. We toured the park and popped out on the east side of the park. The past 3 times I have gone from east to west. This was the first time I went from west to east. I have to say that E2W is the best way to see the park. At the visitors' center I found out that there is now a Park Service museum at the east end of the park dedicated to our Cold War past. It was a very interesting museum! I asked about the missile silo and found out that, yes, it had been decommissioned in the late 90's. I'll have to post a pic when I get back home. We did pass 2 silos still in use when we made our trip to the eclipse on Monday. It was then time to do a little fursuiting! We passed an old tourist trap that once advertised "see the world's largest prairie dog." The prairie dog was still there, so we thought it would make a great photo op. Here's the result: 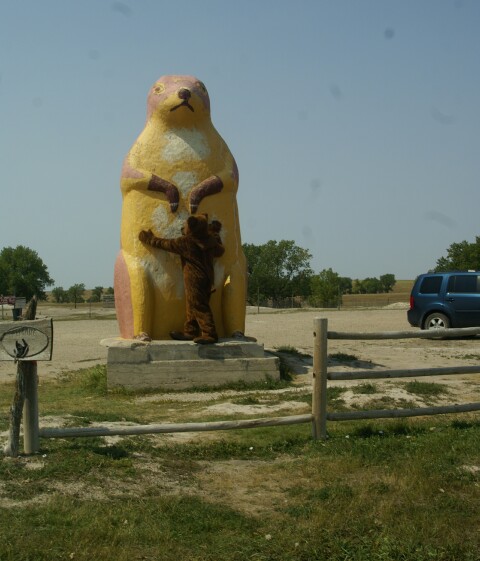 Next was to get a couple of pics in the park. Another national park bagged! 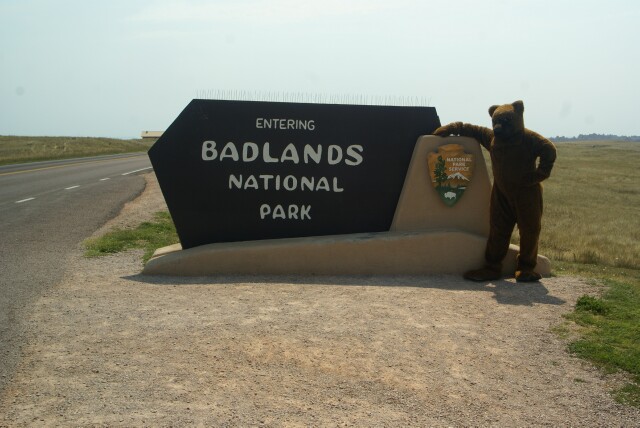 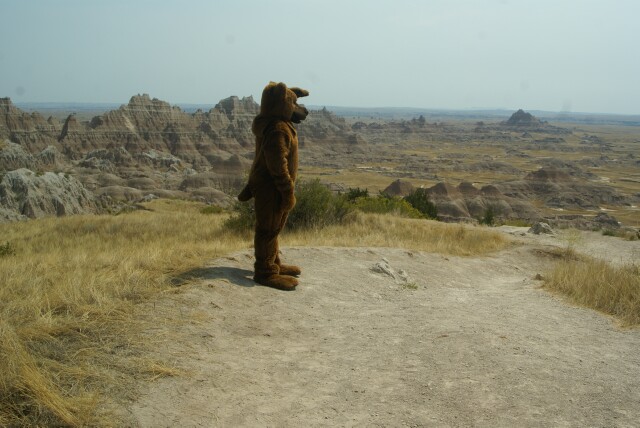 I wanted to take an unpaved road in the park that I had passed on my previous visits. It was nice to get away from the crowds AND we got to see some bison! I caught this one with a wonderfully derpy look on its face. 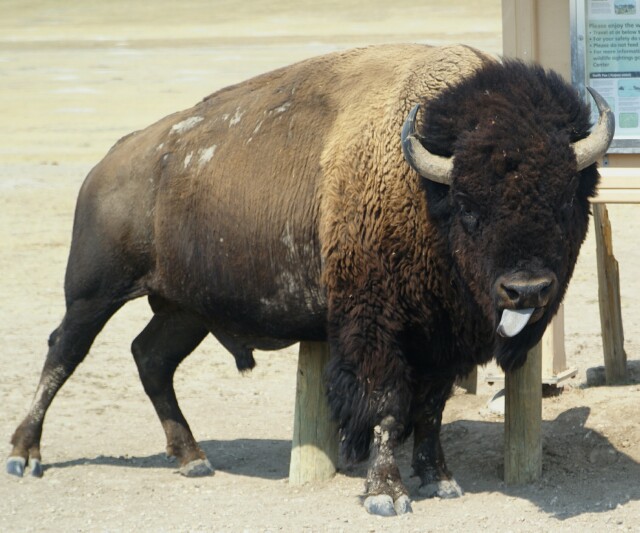 Finally, here's something especially for 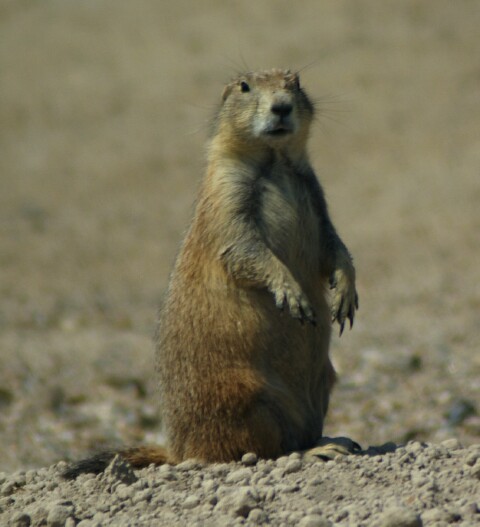