Today marks the unofficial end to our vacation. We still have another day of driving, but today was the last day to do touristy stuff. We made a stop at Devil's Tower in Wyoming. I made Kitty hike the mile and a half trail around the base of the butte but to her it was like the Bataan Death March. I then checked another national monument off of my list of places where I must fursuit.

scritchwuff beat me fursuiting here several years ago when he was driving home from Rainfurest. Hopefully he'll post a pic here in the comments section of his adventure. It was then time to head south to get close to home. I plotted the route to follow the Union Pacific/BNSF 4-track speedway through the Powder River Basin. At its peak about 10 years ago when coal was king there could be up to 100 trains a day on this line. Now there's probably half as many. I did manage to catch a few. It was then on to Douglas, the jackelope capital of the world. There are actually 2 jackelope statues in town, so I ended up fursuiting both. It was then a short drive to Cheyenne where we had a lovely steak dinner at a local steakhouse chain. Our motel is in a great location with the Union Pacific Transcon running right outside the front door. Spooooo!

Why do I hear John Williams music? 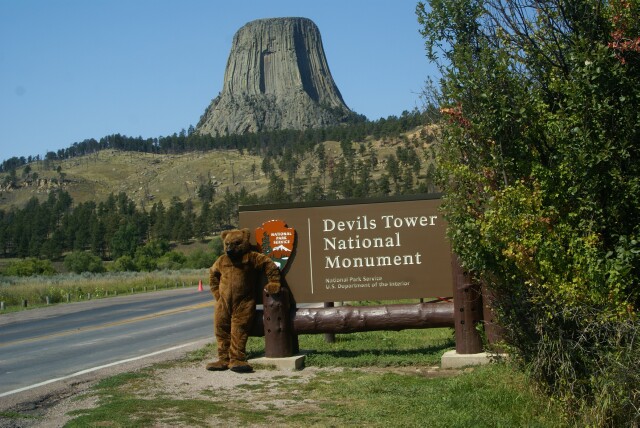 The unofficial statue at the city's railroad museum. Dat ass! 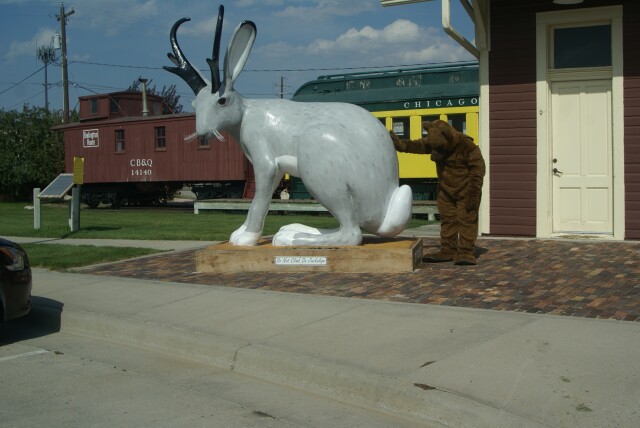 The official statue in downtown. 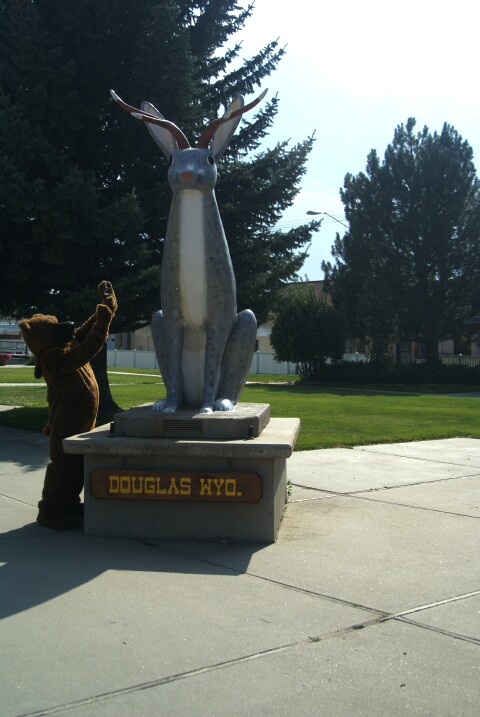