We made it back to FurCentral yesterday afternoon. Our neighbor's kids had taken good care of our house and pets. I thought it was a lot of work for them (one is a high school freshman and her sister is in Jr high), but they really enjoyed the challenge. They are responsible as anything and their folks were happy to help out as well. I paid the girls well, and when I asked them if they would be up to doing it again for 2 weeks next month, they eagerly agreed. Looks like we're all set with pet sitters!

I just thought I would do a quick wrap up post for a couple of things I might have missed. One thing that I hadn't mentioned were the number of foreign tourists that stayed at the Howard Johnson's where we stayed in Rapid City. The breakfast buffet was like a little U.N. I saw one thing that made me chuckle. They had a waffle station where you could make your own waffles. Every day they would have regular batter and a flavored batter. On Friday the special flavor was strawberry. While I was cooking my waffle, a French guy came up and took a strawberry batter. I though he was going to the other waffle maker, but instead he sat down with a spoon. Oh no! He must have thought it was yogurt! I thought after one bite he would realize his mistake. Nope. He ate the whole thing. I just hope I don't commit some kind of faux pas like that when I'm in Paris. "This water tastes funny!" "That is a finger bowl, you stupid American!"

I had mentioned that I took a little detour on Friday to do a little trainspotting. What I neglected to mention was that we probably saw more wildlife on that drive than we did in any national park. There was a nice little bachelor herd of deer that I spooked including one very nice 8-point buck still in velvet. Kitty got mad at me when I yelled at a pronghorn that wanted to cross the road right in front of me. She said I shouldn't swear at the nice antelope. It just wanted to cross the road to be with its friends.

Finally, here are a couple of furry-related things from Rapid City:

This was a chocolate shop in one of the old hotels in downtown. They had an adorable mascot with her in all sorts of costumes to sell various products. 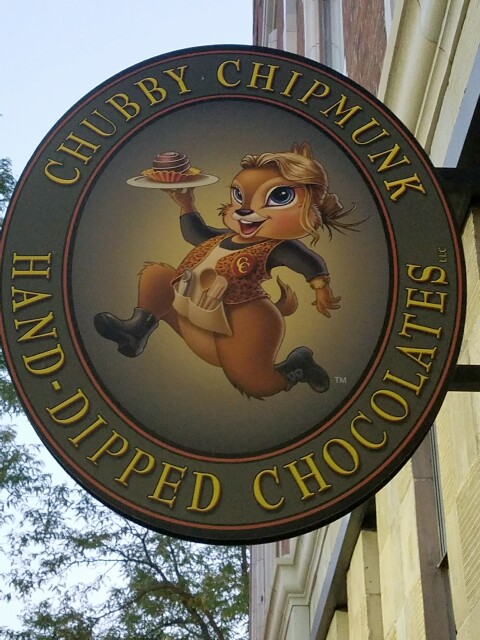 I had mentioned we did a wine tasting on Thursday night. This was one type we sampled. I ended up getting a bottle for my mom. 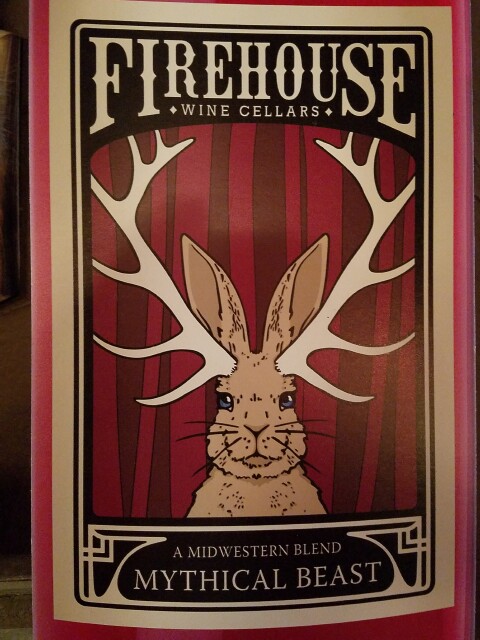