I haven't even really started to go through all of the pics I took on the trip, so I thought I would do a quick post about some of the furry art I was exposed to on the first couple of days upon our arrival. On the Saturday we arrived we did a brief walk around the neighborhood to check out stores and restaurants nearby. We discovered Sainsbury's which I described as the Wal-Mart of England. The one nice thing was that they had some really cheap beer. I saw this and immediately bought a 6-pack. 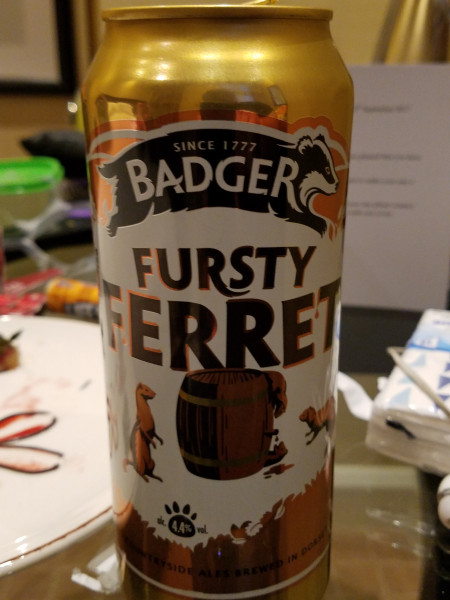 And from the Badger Brewery, no less! It was a pretty decent brew for the money. My! That is one fursty ferret! 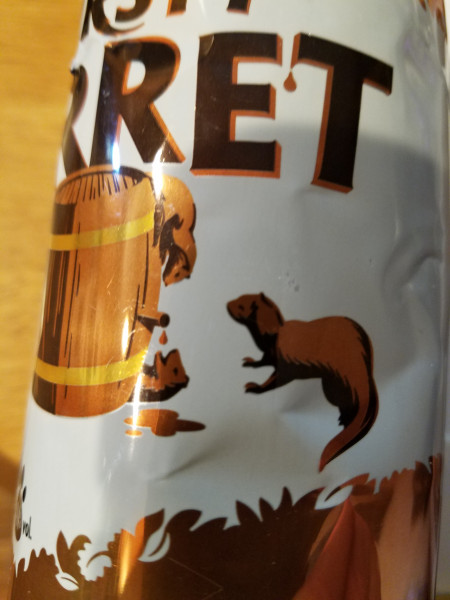 The next day we took our bus trip to Bath and Stonehenge. As we were walked through town by our tour guide, my eye caught something in a gallery window. Upon completion of our walking tour and our tour of the baths, we went back to the gallery to get a closer look at what I had seen. It was a large print of this: 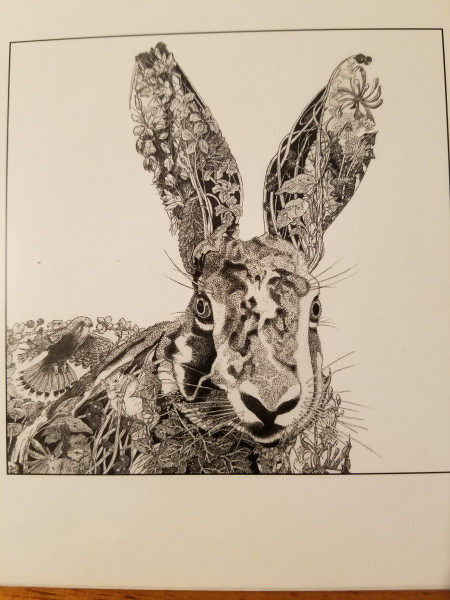 I instantly fell in love. I thought it was from the artist Sophie Ryder who does wonderful anthro-rabbit sculptures, but it's actually Jon Tremaine. The price was about 400 pounds, and my practical side said, "No. Just buy a small print." I now regret my decision because I really enjoy the art. It would have been another 80 pounds to have it shipped to the States, but once again, I should have made the spontaneous buy. Here is another example of his work (which I also bought a small print): 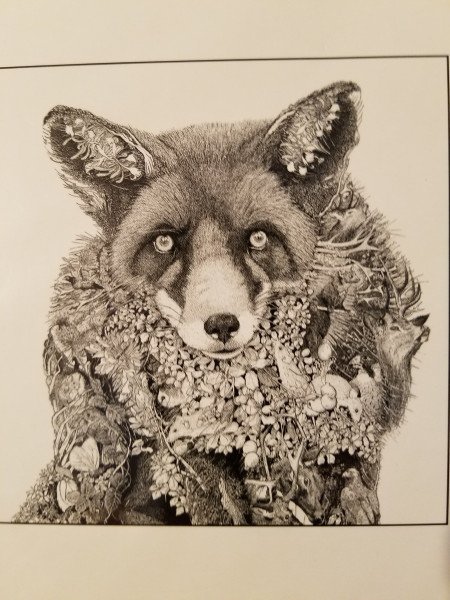 While in the studio, something else caught my eye. This buy was a no-brainer: 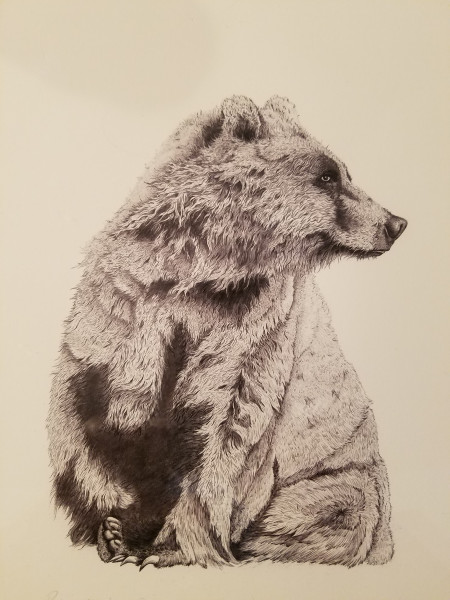 This artist was Ben Rothery. I could have escaped the gallery with just the 3 prints, but then something else by him was also in the stack: 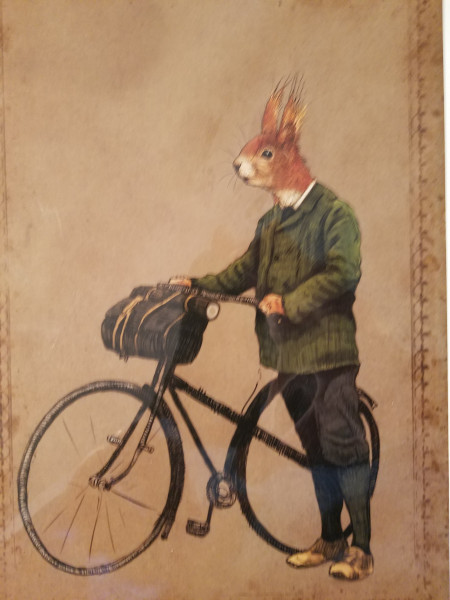 Yeah...had to have it. So instead of buying a magnet with Big Ben on it, I end up buying a bunch of furry art.
Collapse