I mentioned in an earlier post that I really focused in on furry themes whenever I looked at art. It's kinda hard to do in England because it seems that everywhere you look there is a lion or a unicorn or a dragon. I'm not complainin'! So here is a sample of some of the art I encountered in England. Some are from the National Gallery. Some are from the British Museum. Some are just from the street. A few are not furry at all, but MST3K worthy.

From the Africa collection in the British Museum. Some king wanted a painting for his coronation done in the style of "The Last Supper."
EDIT: Name of painting is "The Coronation of Haile Selassie" 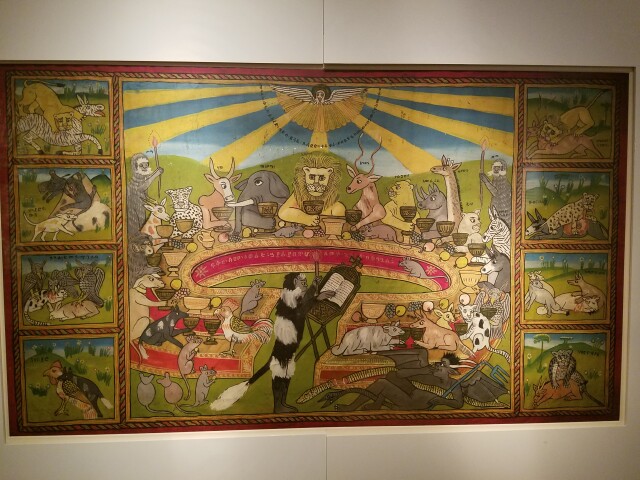