I spent another day at a cemetery. This time I was looking for my father's side of the family. At least things make sense now. I remember going there with my Dad or aunt and asking them who this Frank and Francis were. They didn't know. Now I know that they were my Dad's uncle and aunt. He never met them since they died before he was born. I also found a John who might have been another uncle, but I still lack that one piece of definitive proof that ties him to my great grandparents. He's not buried in the family plot which would suggest no, but my Mom reminded me that her mother was not buried in the family plot that we visited yesterday. So who knows. One thing I like about the "modern cemetery" is that it seems that they have captured lat/longs on all of the graves. You can print out a sheet with the plot information of your loved one. But now they also included a QR code which if you scan, opens Google Maps with the gravesite. It worked quite well!

Yesterday I mentioned that I bought a whole bunch of Polish beer for Thanksgiving. 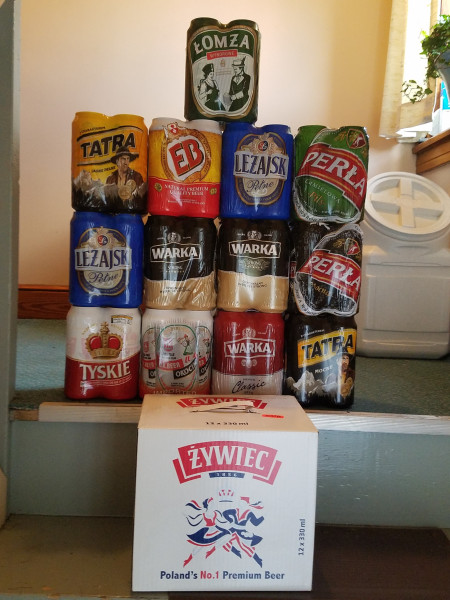 I hope this whets your appetite, Al and Dex!
Collapse