It is with heavy heart that I post here that my dear friend of almost 11 years has crossed over the Rainbow Bridge. Mesa died about an hour or 2 ago. He had been sick for about a week. He stopped eating the Thursday before last and just slowly withered away. I took him to the vet on Wednesday and wasn't told that much. The dog flu has been going around and he did have some symptoms. His blood work showed nothing out of the ordinary. The vet suggested I cook up some ground beef for him, but he showed no interest. I put his antibiotic pills in cheese to get him to take it, but once again wanted nothing to do with food. His going a week without food didn't concern me too much. When I visited Mom last November, he refused to eat his kibble for almost 10 days. But I knew he was still OK because he had no problem eating "tidbits" from Mom i.e. coffee cake. But something just seemed off this time. I had told Kitty the other day that it appeared that he had just given up. He was getting up in years, but he wasn't that old. Tonight he seemed very bad. I got on the floor and snugged him for an hour. His breathing was a bit labored and he just seemed weak. I hopped into bed to wait for Kitty to get home and dozed off. When she got home just after 10, she realized that he was not breathing. He had just faded away. His whole life has been documented here on LJ from the very first day that I found him back in 2007. I will miss him dearly especially our walkies. Goodbye, old friend. 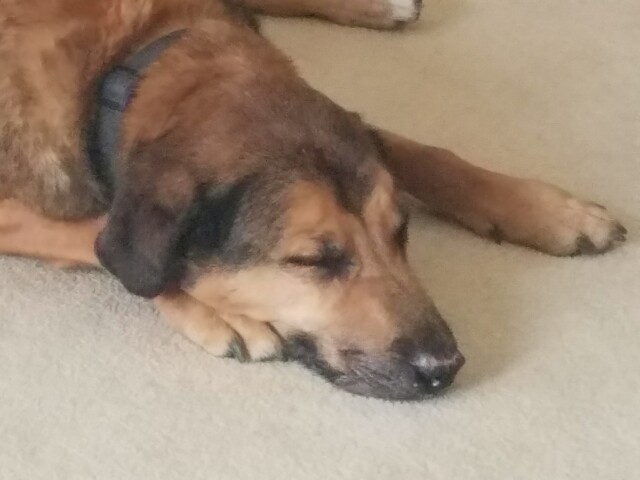