I was reading the local alternative paper last week and saw that there was an art show on our Civic Plaza. It was an exhibition of paintings from the Prado in Madrid. I thought it was odd that there would be actual art on display and for free no less! Well, they were digital reproductions of the museum's works. Still...it was free. So Kitty and I drove downtown to check it out. Overall it was "meh" since we had seen REAL masterworks last year at the National Gallery and the Louvre. But we thought it was a nice exposure to art to people who would have no other access to such masterpieces. I was happy to see a reproduction of one of my most favorite paintings which I might have mentioned here on LJ sometime in the past. It was Hieronymus Bosch's "In the Garden of Earthly Delights." It is one of the most wonderfully erotic paintings that I have ever seen. Lots of weird shit going on including some marginally furry stuff. I could definitely get lost in this work. 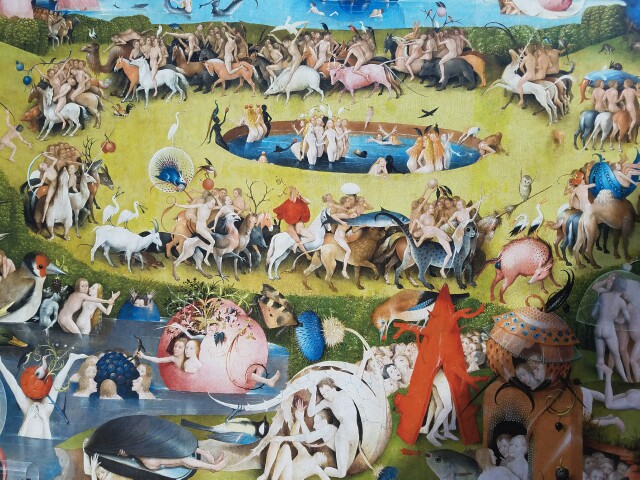 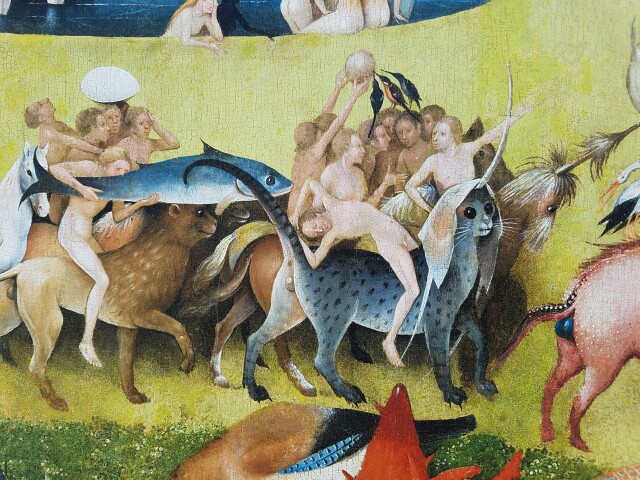 The art exhibit was outside in the Plaza and there was a fairly large group of people watching a big screen TV. We thought it was a promotion for our new professional soccer team, but then I realized it was a live broadcast from the World Cup. Both Kitty and I were such furfags since both of our ears perked up when there was an announcement that the mascot would be making an appearance. We had no idea what the mascot even was, but we got excited. We never found out. It could have been a mariachi singer or a burrito. *shrugs* We'll find out eventually.

After that we headed over to our aquarium to see the new river otter exhibit. Chaos and Mayhem were so cute! They were imported from Louisiana where they were deemed pests (hence their names). After that it was off to do some shopping and then chillin' on the patio.
Collapse