I have been just taking it easy at Mom's. Her home helper came today, so I decided to do a little trainspotting. Afterwards I wanted to check out a nearby cemetery where many people who were killed in a train wreck 100 years ago are buried. As a kid growing up I had heard about the great circus train wreck. You can see elephant statues from the street and the great rumor I remember was that they buried the elephants there. I think the only time I ever went to the cemetery was to ride my bike through there once. I read about the train wreck online and wanted to see the memorial that had been set up. It's actually very sad to see so many graves where so many circus performers died anonymously. It was actually one of the worst train wrecks in American history. 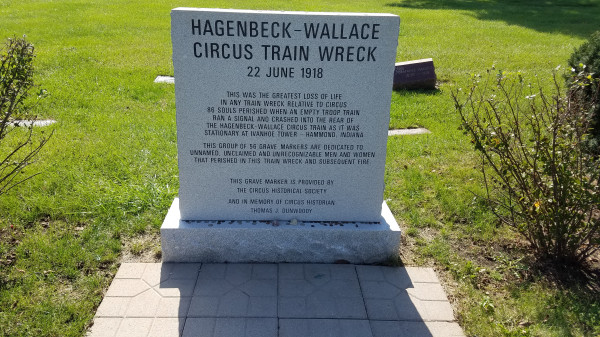 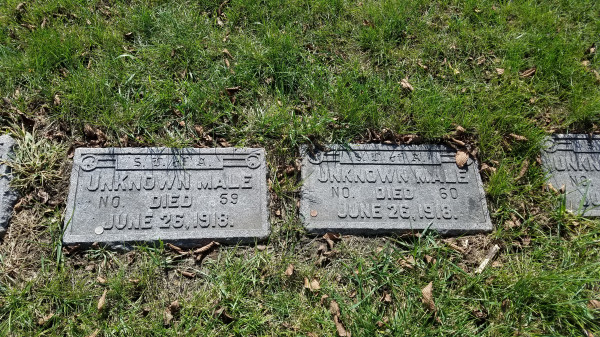