We had a relatively active weekend. On Saturday I signed the contract to have the downstairs floors redone like I had mentioned in an earlier post. Decided to go with the Costco-backed installer since if there are any problems, Costco will be on him like white on rice. Now begins the task of moving everything out of the downstairs; books, cds, nicknacks, etc. At least we have a few weeks to get the job done.

That night was also a Halloween party put on by a furry friend. It was so nice not having to deal with the setup and drama. In an odd turn, Scritch and I ended up being some of the least wasted ones there. Everyone was doing shots of various "potions" while we stuck to beer. It was actually quite interesting watching people slowly get more and more wasted as the evening went on.

On Sunday we headed over to Target to see what kind of storage bins they have. We bought a few to see what will work best. We also checked out their Halloween section just for the lulz. I think I have my costume picked out! 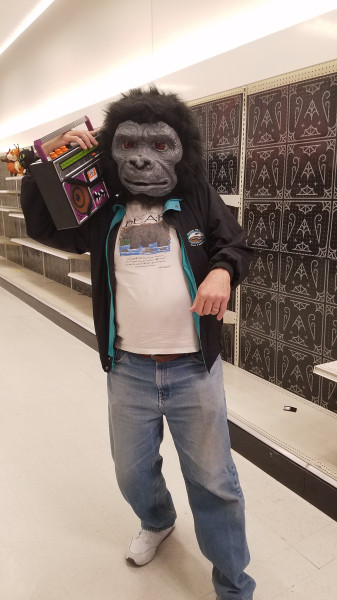