Yay! The new floor has been installed! The entire 1st floor has been redone. The tile guys took 3 days to do the demolition and the re-flooring. That was a major inconvenience since we couldn't walk on the tile for about 24 hours. They did most of the kitchen on Monday which meant we had to eat out for dinner. On Tuesday we had to establish a path so we could get upstairs. Yeah, it was a little bit like playing Frogger. They finished up yesterday including all of the grout work. Today the carpet guys showed up to do the guest bedroom. That was a piece of cake in comparison. They were in and out in about 3 hours. Now it's just the task of getting everything back inside from the garage. We both agree that we are going to take it slow and only bring in the stuff we REALLY want/need. Like I stated earlier, it's so nice to have zero clutter. So what does it look like? 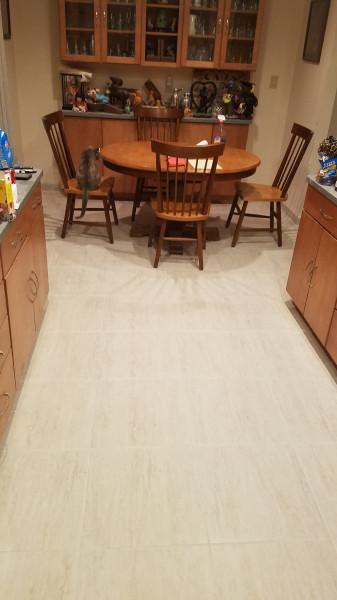 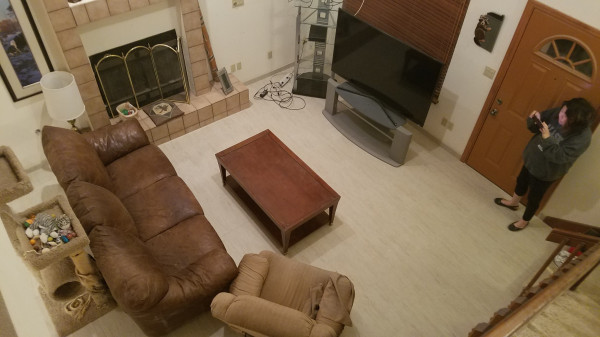