It was late in 2019 when Kitty suggested we take a weekend roadtrip somewhere. I threw out Silver City since it was in a part of the state I had never been. Some mornings the local news station would show a webcam from somewhere in the state, and the Silver City cam always looked interesting. What was odd was that not a lot of motels popped up when I checked to see what was available. Then I found out that there was a big bike race that weekend and everything was booked. So Silver City sat on the back burner, especially when Covid hit.

With my birthday coming up, Kitty once again suggested we go someplace. Silver City popped up on my radar again. I booked a room at a downtown hotel that was built in the 30's which had a neat art deco look. We left on Friday morning and just took our time taking the longer northern route. It certainly felt wonderful with empty wide-open roads and no sense of urgency. We pulled into town a little after 3 and then went to explore the historic downtown district just a few blocks away. The town is trying very hard to become an artist community. There were lots of little galleries dotting main street. We opted for an early dinner at a brewpub where we just chilled on the patio, had a few drinks, and eventually ordered dinner. It was a lovely evening.

The next day we decided to explore the Gila Cliff dwellings just to the north. Even though it's only 50 miles or so, it takes about 2 hours to get there because the road is extremely twisty and narrow. The hike to the ruins is only a mile long, but Kitty is no outdoorswoman. I convinced her to make the trek, and she survived (barely). We opted for a different route home which was a little longer, but less stressful. Once again we were in no hurry, so it was a relaxing drive. We got back early and opted for another early dinner at a different restaurant that came recommended. It was another lovely evening on the patio with drinks and dinner. Afterwards I strolled around downtown taking photos of the architecture.

On Sunday we left fairly early and took the shorter eastern route home. This road goes up and over the Gila Mountains, so it is also slow-going. Very scenic, but very twisty. Once again, no hurry.

We'll have to see if Silver City can pull it off and become a quaint destination. It does have a small university there, which is a plus, but it also relies on a nearby mine, which could be a negative if the mine closes. While there were lots of galleries and coffee shops, there were also a lot of vacant storefronts. I'm sure they got hit pretty hard by the pandemic. They really need a good bar. The brewpub was also a distillery, but when I asked for an aged whiskey or tequila, they had none. Most places only served beer and wine. That's the niche that needs filling. You certainly can't complain about the climate. It's mile-high like ABQ, but you're much further south, so it's generally warmer. What they miss out in terms of snow, they gain in being better situated to get the monsoon. We'll have to go back in a few years to see how things are progressing. And now...some pics

I loved the gargoyles in front of the old Eagles Hall. It's now an art studio. 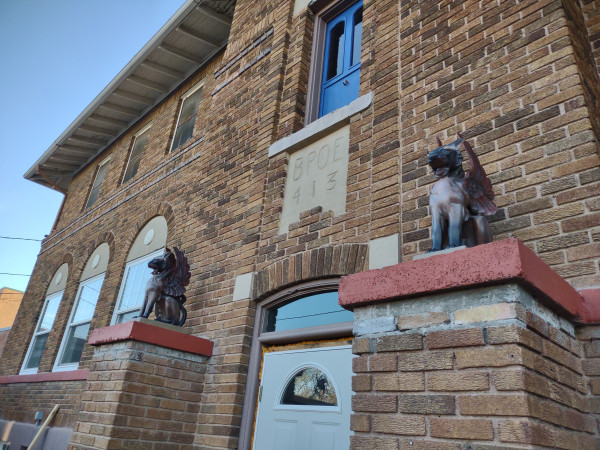 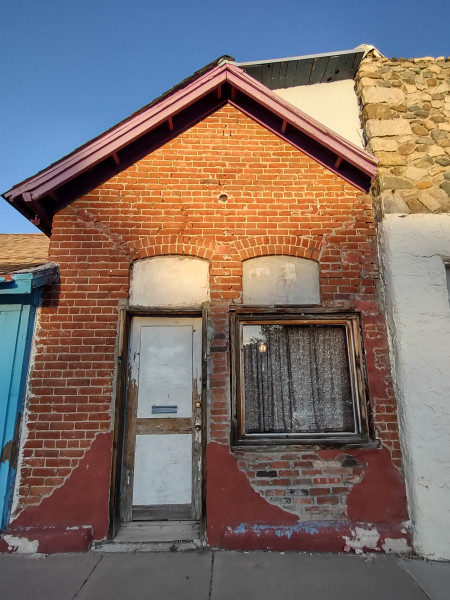 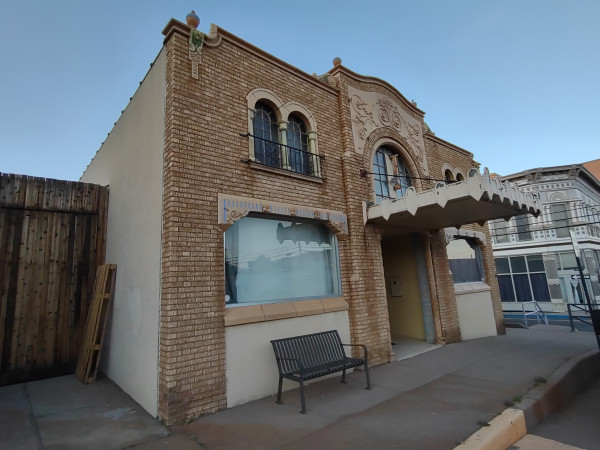 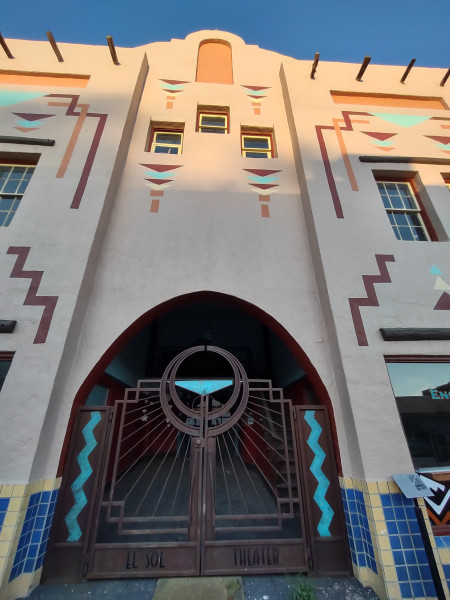 And then the REALLY old architecture. The Gila Cliff Dwellings from the 1300's. We were told that very little restoration had been done.