It was time to party again. With Covid restrictions lifted, I decided to go ahead and plan a furmeet. Pretty much everyone is sick and tired of all of the bullshit, and there is a huge pent up demand for some semblance of normalcy. It was as simple as "if you don't feel comfortable, don't come." Most of the drama involved was just of the typical furry variety. We were caught in the middle since we got the brunt of "Well, if HE'S going to be there, I'M certainly not going!" Blah blah blah. So in the end we ended up with around 30 people throughout the day. Once again people stepped up and brought tasty ribs and pulled pork. I did the usual hot dogs and hamburgers. There was much socializing and fursuiting once the sun went behind the mesa. Unlike in previous years where the temps got up to 100, this year was nice and mild (upper 80's) with a nice breeze. And now...a pic! 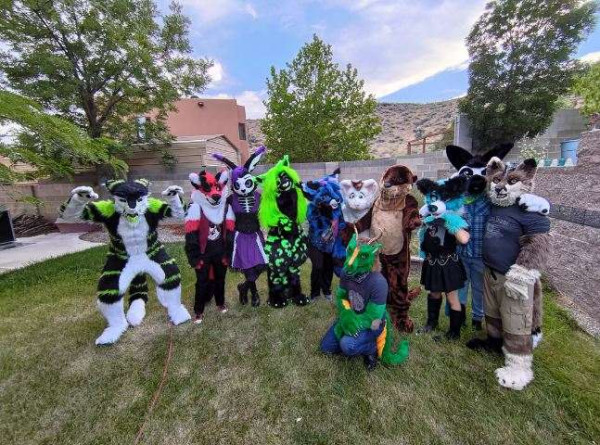